What is clipping path?
In general, clipping path is an outline created using the pen tool in an image editing software like Adobe Photoshop, Illustrator or InDesign.

It is also called a closed vector path, or shape. The main use of a clipping path is to cut out an image from their background, but it can also be used in several different ways such as giving a special shape to an object, editing a particular portion within an image or preparing a layout design. After the clipping path is applied to an image everything inside the path is included in the final cut and everything outside the path is discarded. Clipping paths are the best option for the kind of image that has a sharp, defined edge.

What does photoshop clipping path mean?

A path can be drawn using different software like Photoshop, Illustrator, InDesign, Corel Draw and similar. But to professionally remove the background or edit an image, clipping path is the system used in the photo industries. This path is created using the pen tool in Photoshop. This is the most convenient way to draw a clipping path to remove a background from an image while keeping the highest quality standard possible because it is done by hand.

Why use clipping path to remove background?

There are several different reasons why the clipping path is favoured nowadays in the photo industries to remove the background from an image:

How much does it cost to outsource clipping path services at photopixc studio?

At Photopixc studio, we provide all quotations within one hour, so our clients don’t have to wait for days. Just request a quote and get the price within one hour, maybe as little as in 10 or 20 minutes! 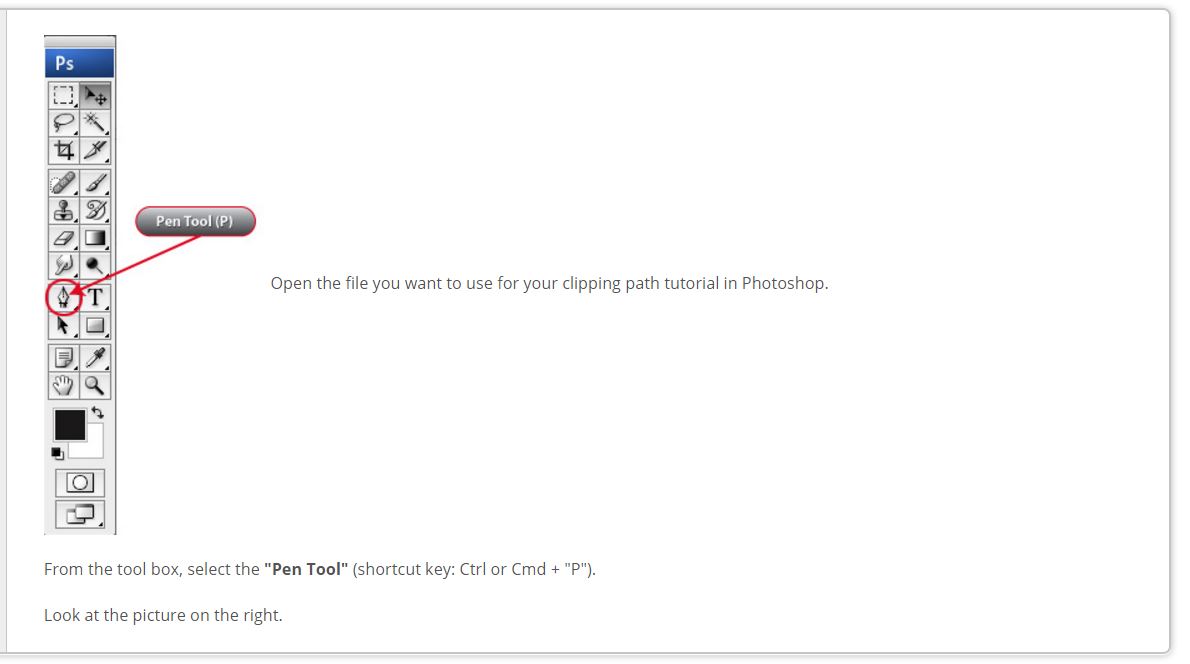 Click on the edge of the element you want to cut out within the image, release the mouse button. After a certain distance, click again on the edge and this time hold and drag your mouse pointer. Once you see the outline is exactly on the edge of the image, release the mouse. Continue doing the same process until you end up at the point where you started your path. Once you see the starting point, click on it to close the path, you are done with the outside path only. See the image below

How to apply a clipping path to an image?

Once you are done drawing paths all around the portion of the image you want, you then need to apply clipping path on it in order to get the background removed. To do so go to the path palette, located under “Window” menu called “Paths”. Now you will see the paths you just have created are in “Work Path”, double click on it and give it a name. This way your path is saved. See the image below

Now click on the pop up menu in your path palette, and choose “Clipping Path”. Once the clipping path window is open, you can just click “Ok”, or put any amount of softness in the flat area – this is required when your image has a soft edge – otherwise leave it blank. In this case we are going to leave it blank since the edge is well defined.

You have now finished applying clipping path to this image. Now if you save and place this image in InDesign, for example, you will see only the portion itself, no background remains.

How to remove the background using a path?

1. Once you have a completed path that you want to use to remove the background, bring the “Paths” and “Layer” palette from the “Window” menu.

2. To select the path, press and hold the Control or Command key in your keyboard and click on the path in your path palette.

3. Press and hold the Control or Command key in your keyboard + press the “J” in your keyboard. This way you get a new layer which contains only the object that was inside the path.

4. Take the background layer off. You are done, now the main object remains by itself with a transparent background. See the image below 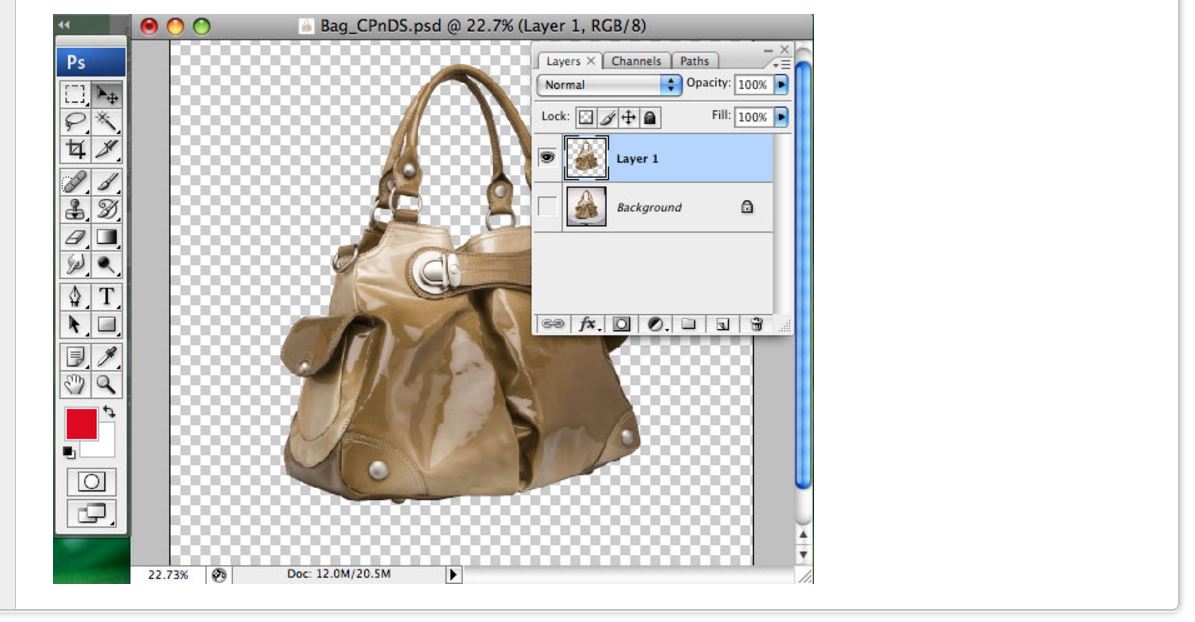